skip to main | skip to sidebar

I’m back! I have no money, I still haven’t unpacked my suitcase, and I’m pretty sure the scratching sound in the ceiling means a possum has moved in while I was away, but I’m back from my convention in Chicago. 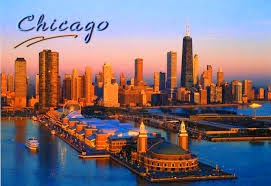 If you ever get the chance to go to a convention, take it. Not just for the workshops and the networking, but for the chance to actually meet fans. I’m not actually sure I have the words to explain what an absolute thrill it is when someone says, “Oh! I love your books!”

Writing, to me, is something that happens late at night, usually when I’m in my pyjamas. It’s a thing I do to entertain myself, primarily. The idea that it might entertain others is so far removed from the process that it doesn’t feel real.

Until Chicago, writing was an online activity for me. I communicated with my publishers, editors, co-writers and readers through email, Facebook or Twitter. Sometimes parcels of books arrived in the mail and I get stowed in the box under the bed in the spare room, but that’s as real as it ever got. Until Chicago.

Until I was sitting at a table and there were people lined up in front of it, with books for me to sign. My books. Also, I had to remember to sign in my pseudonym, which was fun! And some people actually wanted pictures taken with me. And—get this—some people actually got flustered when talking to me, because they were nervous. Ha! Nervous of meeting me! I don’t think that’s ever happened to me before in my life.

Suddenly, my perspective has shifted. Writing isn’t just a solitary something that I do now. That part of it—the part where I eat Barbecue Shapes and sing loudly along to Aussie rock from the 1980s—is only a very small part of the big picture.

Meeting fans—readers who are as excited about your stories as you are—is so much fun, and I hope I never get tired of it. And seeing the big picture inspires me to keep writing, and, most importantly, to keep my enthusiasm for writing. Because even though writing is becoming more and more like a job for me, it’s also a complete privilege.

And it’s great to be reminded of that.
Posted by Jen at 9:48 AM 1 comment: Links to this post

Email ThisBlogThis!Share to TwitterShare to FacebookShare to Pinterest
Labels: Places I have been, possum, writing

I know three things about Chicago:

Here are the three things I know about Chicago. 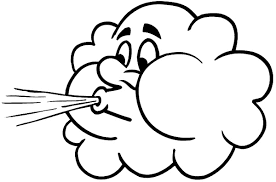 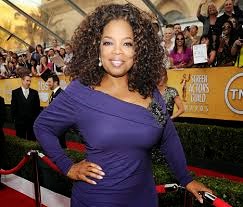 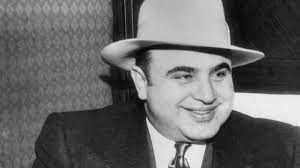 Oh wait, let's make that four things. I know that I'll be there on Friday for my first ever writers' convention, and I'll be signing stuff for people and trying to remember to answer when they call me by my pseudonym.

And hey, if I totally stuff things up, at least it all happens under a fake name in a foreign country, am I right?

See you in three weeks!

Email ThisBlogThis!Share to TwitterShare to FacebookShare to Pinterest
Labels: Chicago, Places I have been

So, everything here happened under my pseudonym. Which most people still don't know. Although some people at work like shouting it out to see if I look up. I generally don't. It's going to be awkward in about 2 weeks when I'm at a convention and people call me by "name".

That bitch, they'll think. She just ignored me. I'll never buy one of her books again!

I think I'd better write my pseudonym on my hand or something.

Back in 2012 (I think!) I published a book that turned out to be fairly popular. If you're into romance. But I mean, people really, really liked it. I wasn't sure that they would -- I wasn't sure that I did -- but I've never been a good judge of my own work. It's why I took so long to submit anything.

And before you know it, a few people had asked if there would be a sequel.

And I said yes.

I say yes to most crazy ideas. If I didn't, I'd never get anything done.

But here's the thing. I've started that sequel at least 4 different times, and I can't get it past 25 000 words. Because I know people are waiting to read it.

For me, releasing a book is like dropping a stone into a well. You might hear it hit the surface, you might not. You don't care. You've got other stones. It doesn't even matter. In fact, you're bored now, so you should probably go inside and watch some TV for a while.

Basically, the key to not stressing about how a book is received is to be distracted by shiny things and oblivious to what's going on all around you. This is a role I've been practicing my entire life.

I write like nobody's watching, because nobody is. I take weird plot detours, strange shortcuts, and if I want to kill a main character just for the hell of it, why not? I'm the only one invested in this, after all.

Because people are waiting to read it.

I've stalked reviews and discussions on Goodreads. I know what people want, and what they don't want. And I think that maybe that was a mistake. I think that now I'm too fixated on giving people a sequel that lives up to their expectations, instead of just writing the book that I want to write, and, when the time comes, dropping that pebble in the well again.

I've never tried to write anything before with the weight of expectations on me. It's flattering, but it's also a little bit crippling.

So my goal for the next few weeks is to stop worrying, stop overthinking it, and get back to writing like nobody's watching.

What the hell just happened to Harry Potter?

It’s one of those news stories you hope can’t be real. A writer in the fan fiction world , claiming to be an evangelical Christian, has rewritten Harry Potter. It may be satire. I hope it’s satire, but sometimes it’s so hard to tell. I mean, I want to believe that no halfway intelligent person in the world would think that Harry Potter is satanic, let alone that this dross is an improvement, but you should never underestimate people’s capacity for stupidity. 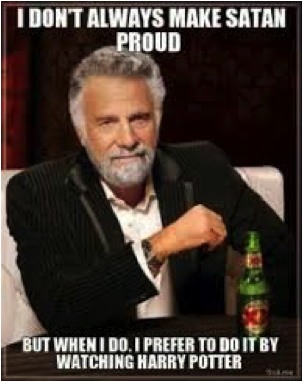 Here’s an exchange between Harry and Hermione:

"This is the boys' dormitory," the devout young woman explained kindly; and she gestured to the heavy, oak door beside them. "I would show you inside; but I would hate to cause a scandal."

"I understand," Harry declared graciously. Too many young men these days pressure young women into things undesired and forbidden. It is the mark of a true, old-fashioned gentleman to respect the fact that every young woman is another man's future wife. And we all know that it would be a dreadful, terrible sin to bring another man's wife into intimacy. Why does modern culture suddenly treat that as okay simply because he does not have her yet? Man's laws may permit it; but the laws of the Lord are not bound by time.

And here’s Harry "defending" women when Malfoy says they shouldn’t have careers because they are stupid:

Thanks so much, Harry. Nice to know you've got my back.

But it’s this line that really makes me hope it’s satire. Aunt Petunia is explaining to Hagrid that she doesn’t want Harry to go to Hogwarts School of Prayer and Miracles:

“Thank you very much for your concern, sir, but he does not need your religion, he has science and socialism and birthdays.”

I like the fan fiction world. I love it, in fact. But I can’t say I’ve ever seen anything quite this weird before. And I’m saying that as someone who knows what “sour skittles” means. (You might not want to Google that at work.) And this is much, much weirder than that.

So far Snopes has this one listed as "mixture". The rewritten story is absolutely real, but nobody seems to know if it’s taking the piss or not.

Check it out here at fanfiction.net, and let me know what you think.
Posted by Jen at 10:25 PM 4 comments: Links to this post

In a previous blog post I talked a little about how memory is a strange thing. A magical ship full of books turns out, after a talk with my mum and a bit of Googling, to be the MV Logos, a missionary ship.

Sometimes it even sounds made up to me, that I lived in a place of volcanos and cargo cults and earthquakes, a place that missionaries visited, and we had a houseboy…and could I in fact sound any more like the British in India?

My mum loves to tell a story about when my sister Kath was high school geography and they were studying Papua New Guinea. Every day Kath came home and filled her in:

Today we learned that there are over 800 languages spoken in Papua New Guinea, but I already knew that because we lived there.

Today we learned the copper and gold are the main exports of Papua New Guinea, but I already knew that because we lived there.

Until one day she raced home, aghast: Mum! Did you know that Papua New Guinea is a third world country?

We didn’t, of course, because we’d lived there. We were kids. Kids don’t pick up on stuff like that, necessarily. Kids take things as they come. Some people lived in houses like we did, and some people lived in dirt-floor huts in the bush. To Kath and me that was a fact, and there was nothing remarkable about it at all.

I remember when I jumped off the bed and Dad failed to catch me, and I went face-first into the corner of a trunk, that there was a lot of blood. There was also a trip to the hospital and a heap of medication. I remember that when Nick, our houseboy, slashed his leg open cutting the grass with his machete, Dad drove him to the hospital too. Except Nick wasn’t a four-year-old white kid with parents who were rich by local standards. So Dad had to help the hospital staff hold him down while the gaping wound in his leg was stitched up. No anaesthetic.

So I guess that New Guinea might have been a third world country for most of its population—the sort of place that missionaries still visit—but not for the expats. We were doing okay.

Memory is incredibly malleable. It’s not a matter of playing back images. Our minds are not editing rooms where we can play back the footage, freeze it, and zoom in. Everything we take in is subject to so many different layers of interpretation and bias before we even begin to process it into memory, that by the time it comes to relating it, it may bear no resemblance to what actually happened. We don’t just regurgitate memories, we interpret them and reshape them first.  And that’s okay. That’s human nature. It’s an important part of what makes us what we are. We are always trying to make sense of things, not just to experience, but to understand.

And I think, for most of us, it’s a part of why we write as well.

Jen
This photo is not me. This photo was taken by me. It is my nephew and niece, Tom and Meg, in Vanuatu. Vanuatu is beautiful. You should go there.

People Who Have Awesome Stuff to Say:

Except where credited, all work here is my own. Powered by Blogger.